With wildfires raging across most of the western United States since the beginning of September, it only seems fitting that this month is National Preparedness Month. Disasters don’t wait for anyone and can strike at any time, even in the middle of a pandemic. With sea levels rising, extreme weather, increasingly dry climates, and more, it’s better to be safe than sorry when it comes to the health of you and your loved ones. National Preparedness Month exists to call attention to being in control when things are out of your control, a great skill to have whether you are at home, at camp, or miles deep in the backcountry. Ready.gov gives goals to achieve every week for this month. 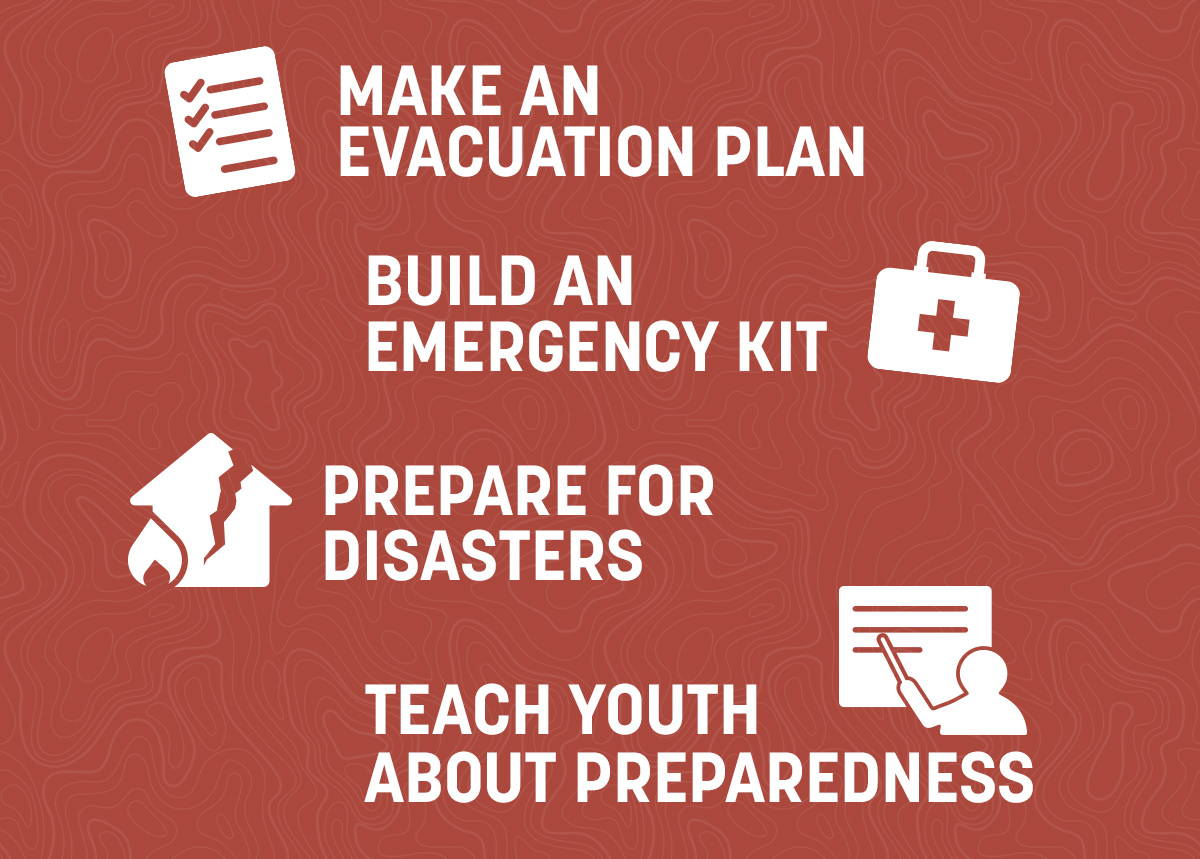 First, you need a plan. For Week One, sit down with your loved ones to discuss what happens if an emergency strikes. How do you find out about this emergency? Where will you go if you are evacuated? How will you get there? How will you get in touch with your family? Who will be your emergency contact? These questions are important for planning a trip outside, and they are important for preparing for evacuation in the event of a disaster. 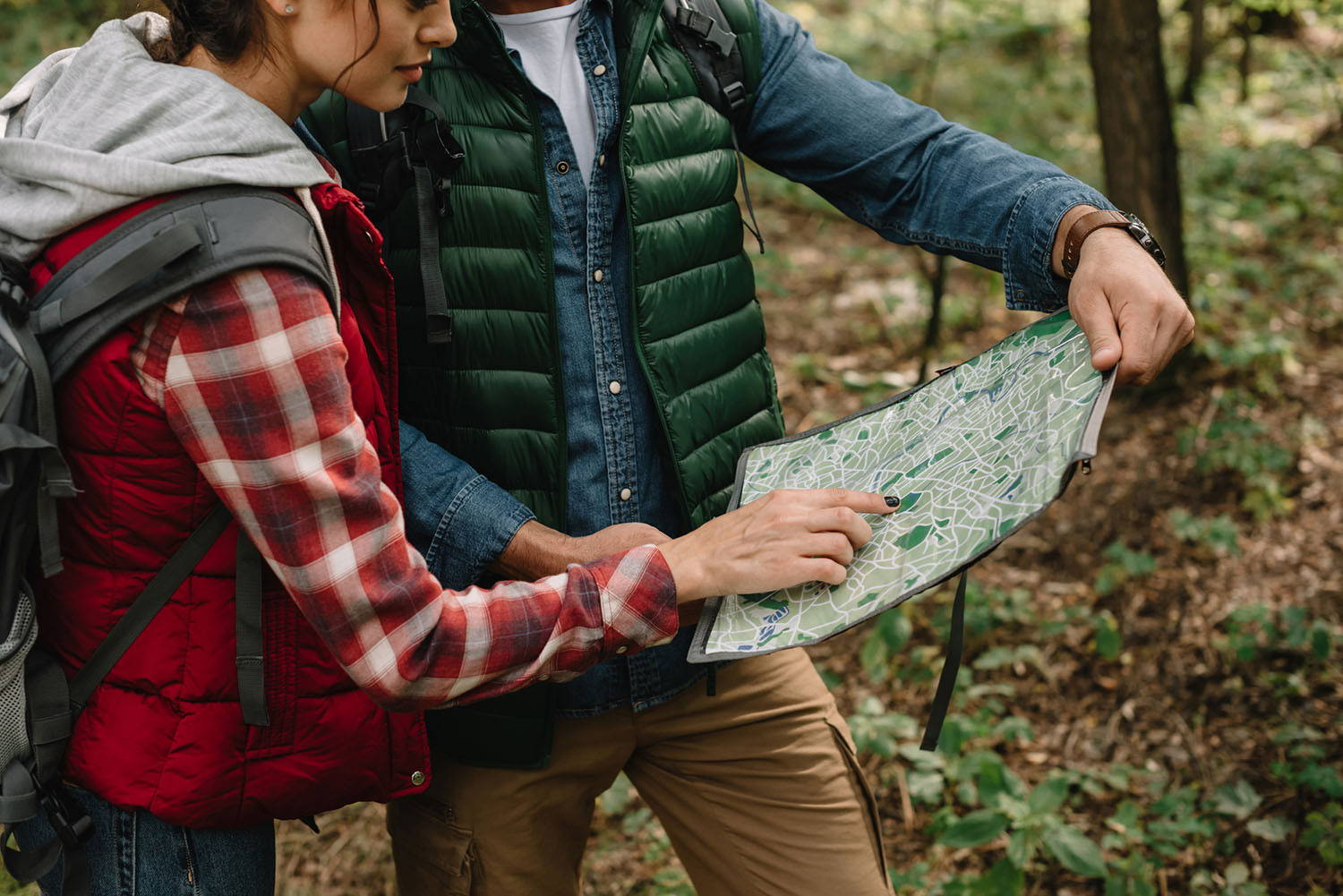 You know that slightly alarming sound your phone makes when a child goes missing in your area? Your cell phones are armed with alert systems that can notify you if there’s an imminent threat or something that affects public safety. If you’re not receiving these alerts, you may have disabled them because the sound is quite jarring. Obviously, these only work if you have cell service. In the backcountry or out of range? Consider carrying a satellite messenger or weather band radio. Designate an emergency contact or two who can keep you updated on news, like fires or earthquakes. 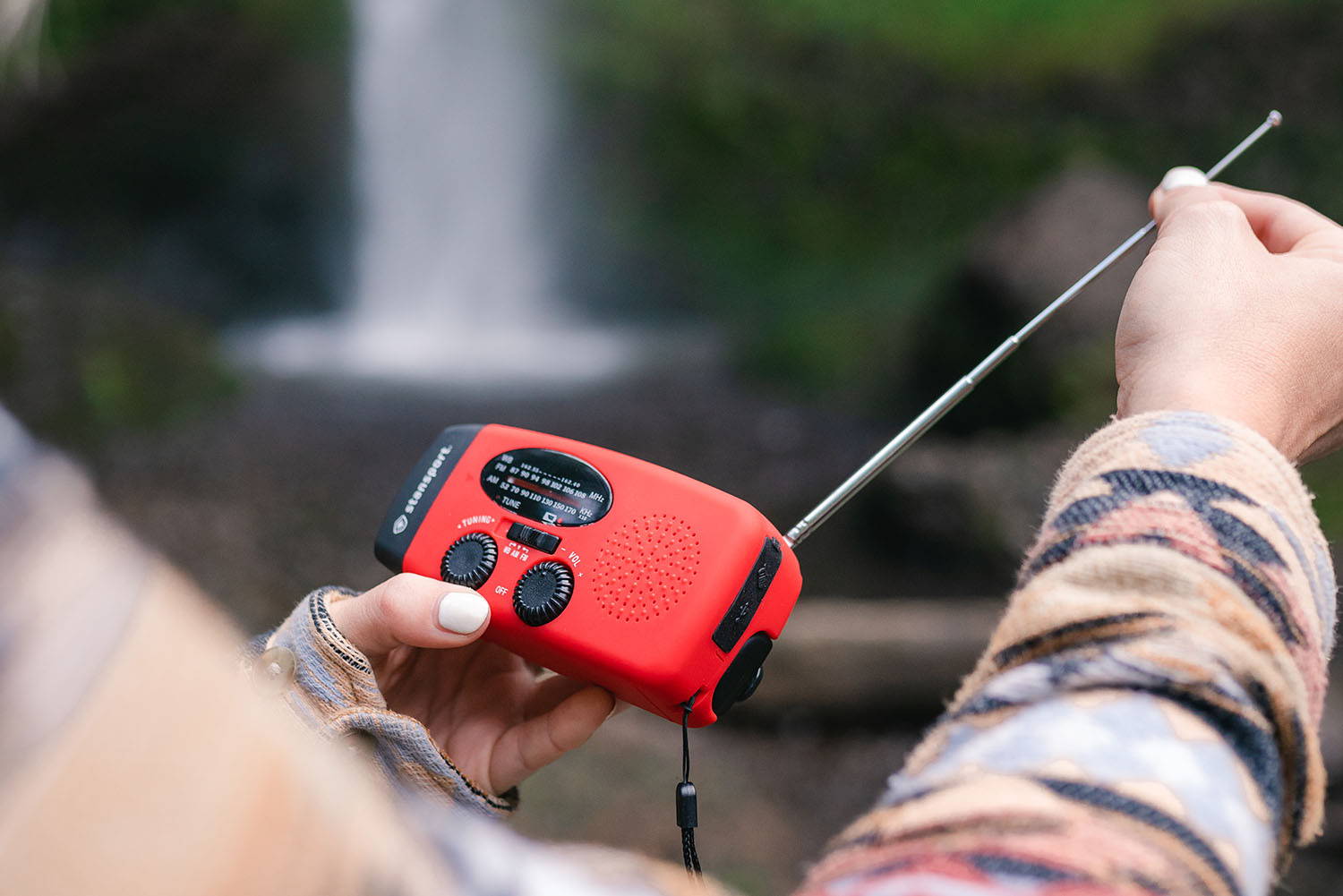 I was recently on the Sierra High Route with good weather and minimal smoke forecasted over the next several days. On the second day of our trip, we woke up to blue skies. As the day went on, a smoke cloud formed on the mountains southwest of us; thick, dark smoke that wasn’t supposed to be there. I was carrying a Garmin inReach Mini on me and was able to message a friend to see if new fires cropped up causing the smoke. He confirmed that there was. It was the Creek Fire, a fire that went from 500 to 5,000 acres to 32,000 acres burning, in the span of hours. Based on that information, my group was able to assess and hike out before conditions deteriorated, or worse, before we got to a location where we could not easily escape. 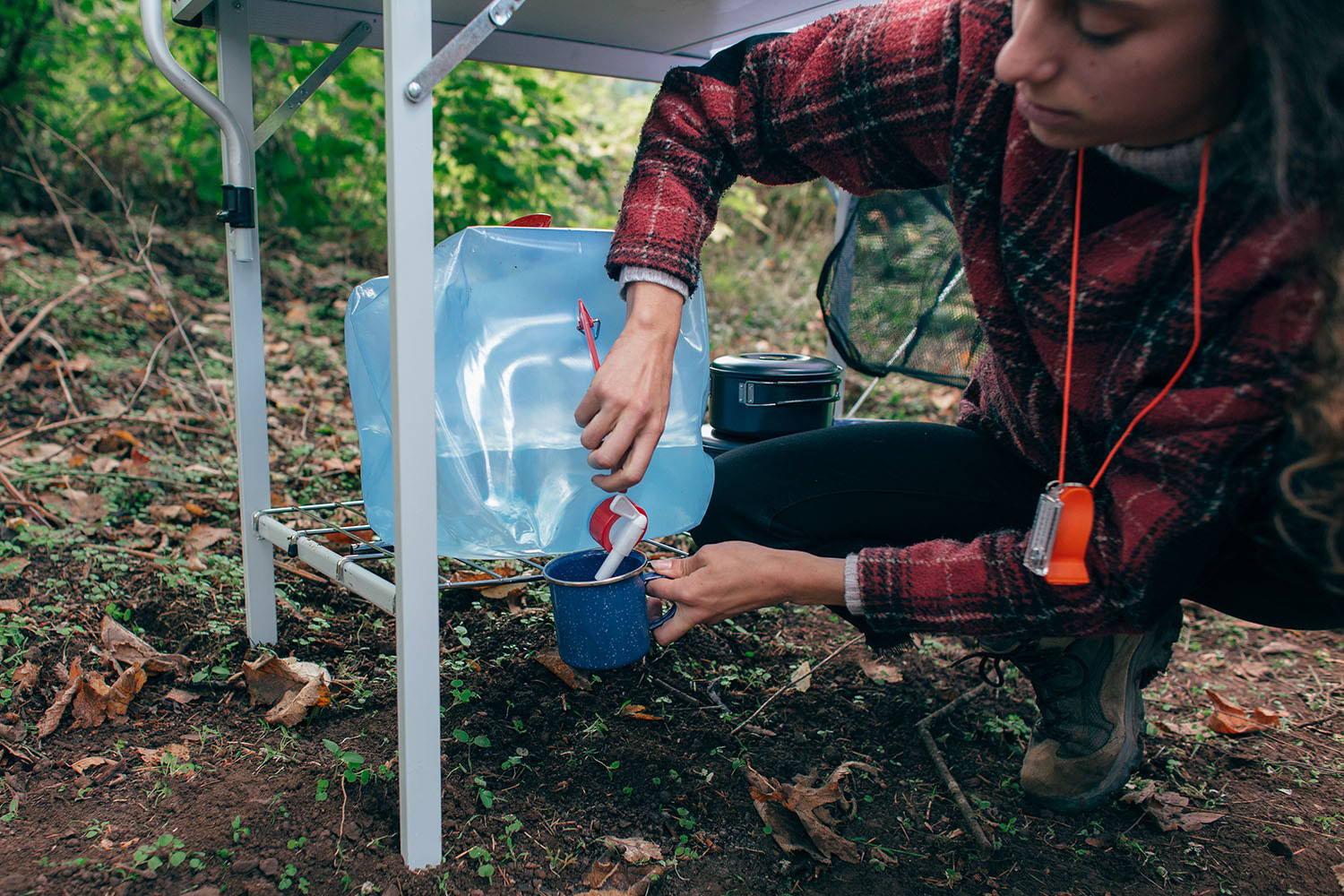 Week Two calls for building a kit. Assume the worst may happen. You could be out of power. Water sources may be contaminated. Food might not be accessible. Keep an emergency kit accessible, stocked and ready to go. Make sure there’s enough water for everyone in your emergency group. The minimum is one gallon of water per person per day, for at least three days. We recommend our 5 gallon dispenser or the 2 gallon water bag, perfect for camping and emergency rations. You’ll also want three days’ worth of non-perishable foods, so start testing out all those freeze dried meals that you love or hate. In a pinch or short on space? Try our emergency food bars. Ready.gov has an extensive list of everything you could possibly need. If you’re in a pinch, we carry disaster emergency kits and emergency survival kits for one. 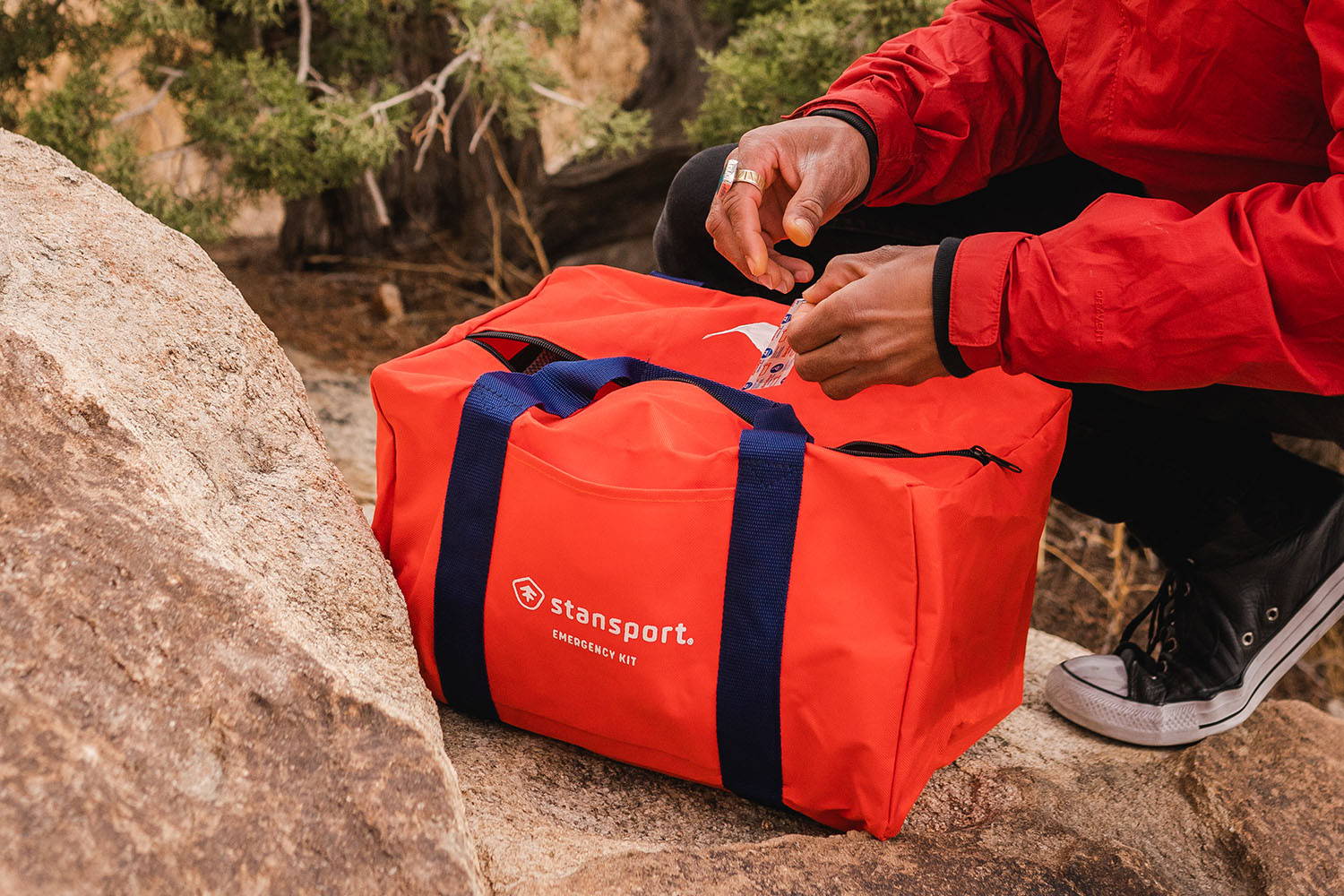 When you’re in the backcountry, it’s a little tougher to carry backups. Luckily, you’ve got most of what you need already: a shelter, warmth in the form of a sleeping bag, and water filtration. Make sure you have extra food in case you are delayed or you need to change your route. Never leave the first aid kit behind. Don’t forget extra batteries for your headlamp, and a battery pack to charge your phone. Many of our lanterns double as USB charging devices. 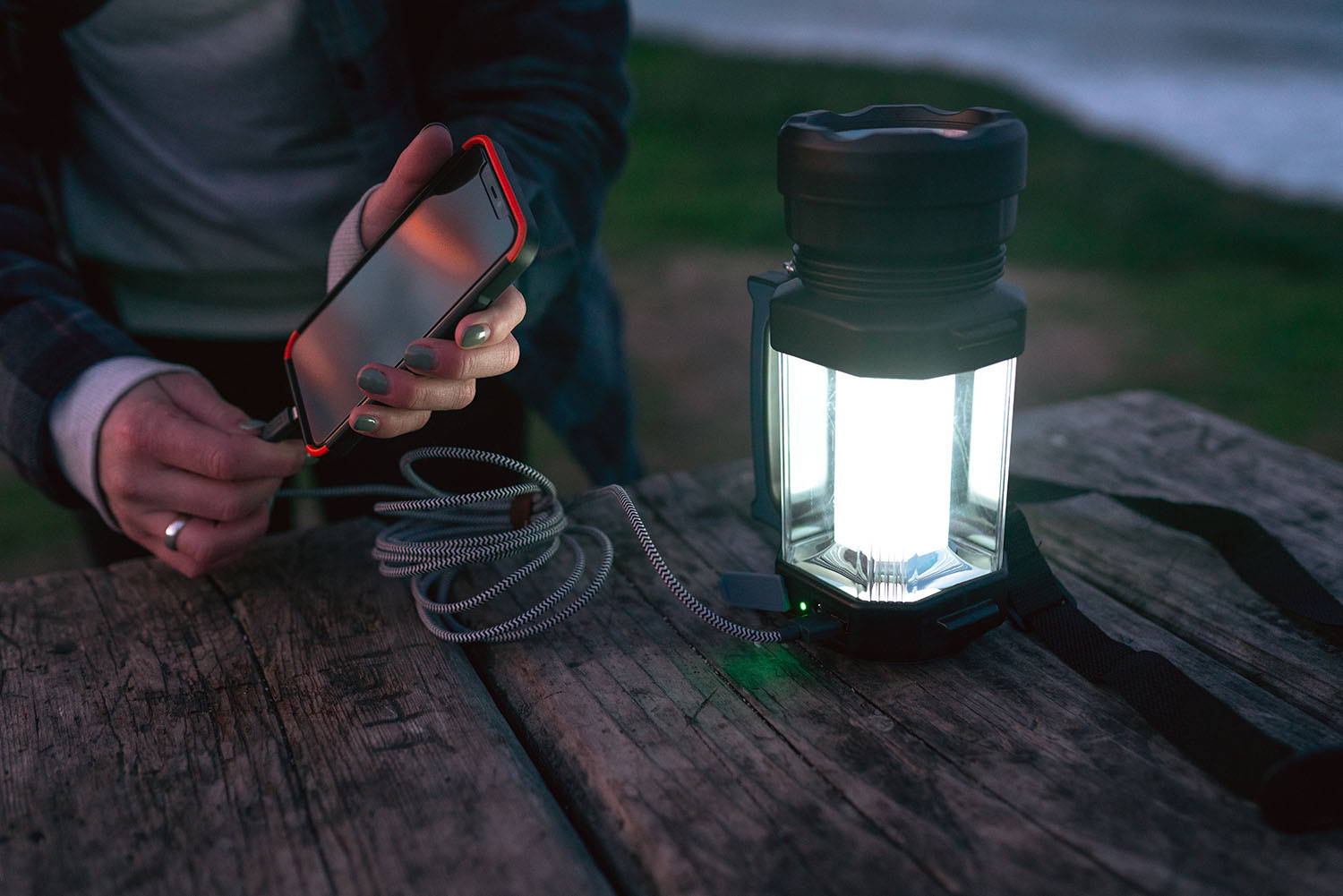 Due to the Creek Fire burning in Sequoia National Forest, many hikers were asked to exit the Sierra. This meant that some folks had to leave via a trail or route they had not planned on taking. Others were asked to shelter in place until they could be safely rescued. Hikers and campers were stranded at Vermillion Valley Resort or Mammoth Pools Reservoir until they could be airlifted out. 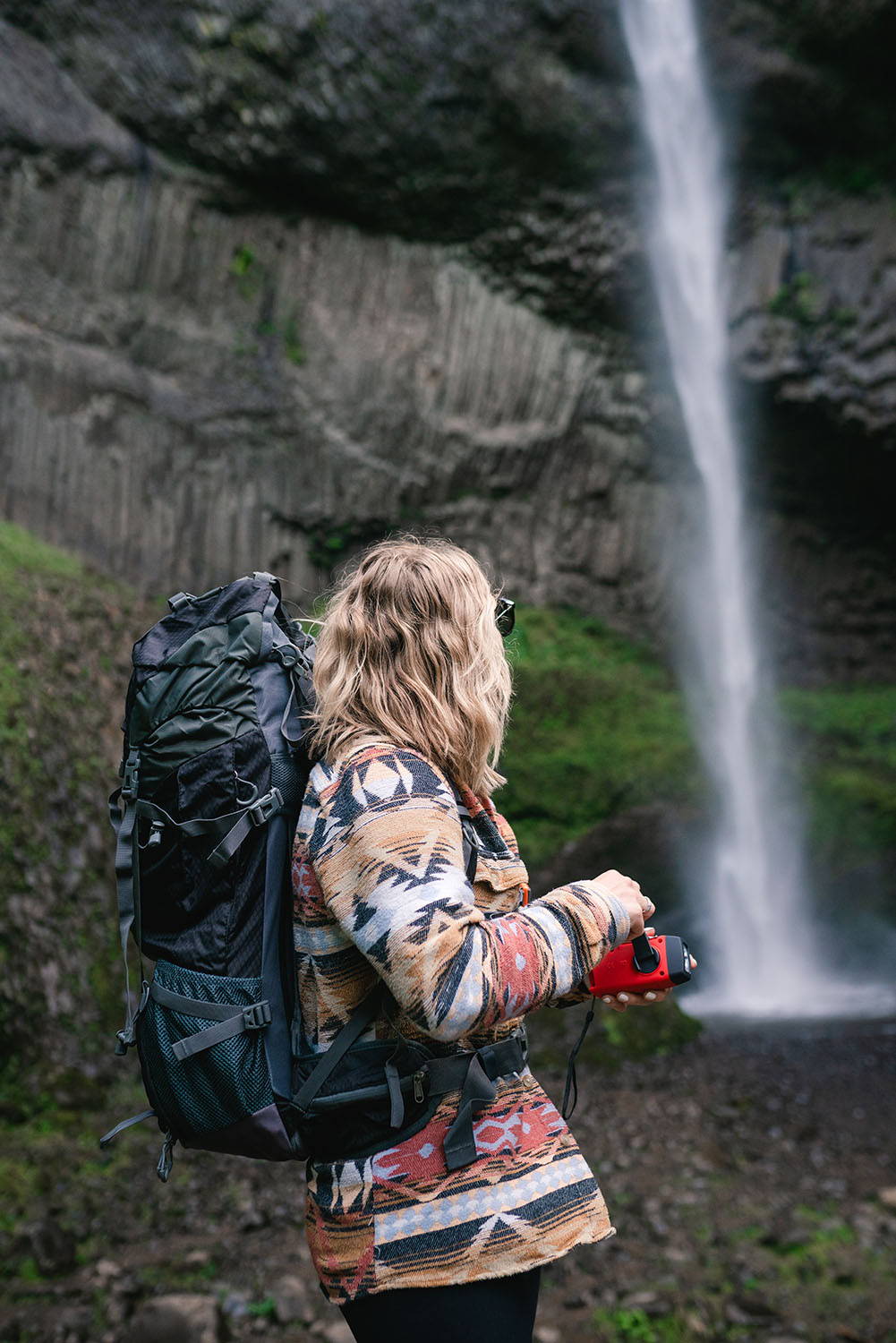 For Week Three, ensure that you are prepared for disasters. Do you live in California? Know that you are at risk for earthquakes, and, now, fires. If you’re in Florida, prepare for hurricanes. Use this knowledge to prepare your home, whether that’s clearing out old, dry brush to protect against fires, or by hurricane-proofing your house. Don’t forget to check your insurance to see if you’re covered against these natural disasters. If you live in an area like California where there’s the threat of an active fault, things like earthquakes may be additional coverage that you need to add to your existing plan.
Nobody ever goes camping thinking that a wildfire will erupt while they are out there. As the Creek Fire proved, it could happen. Identify potential exit routes out of where you are. Are you hiking during fire season? It doesn’t hurt to pack an N-95 mask to protect your lungs from smoke damage. 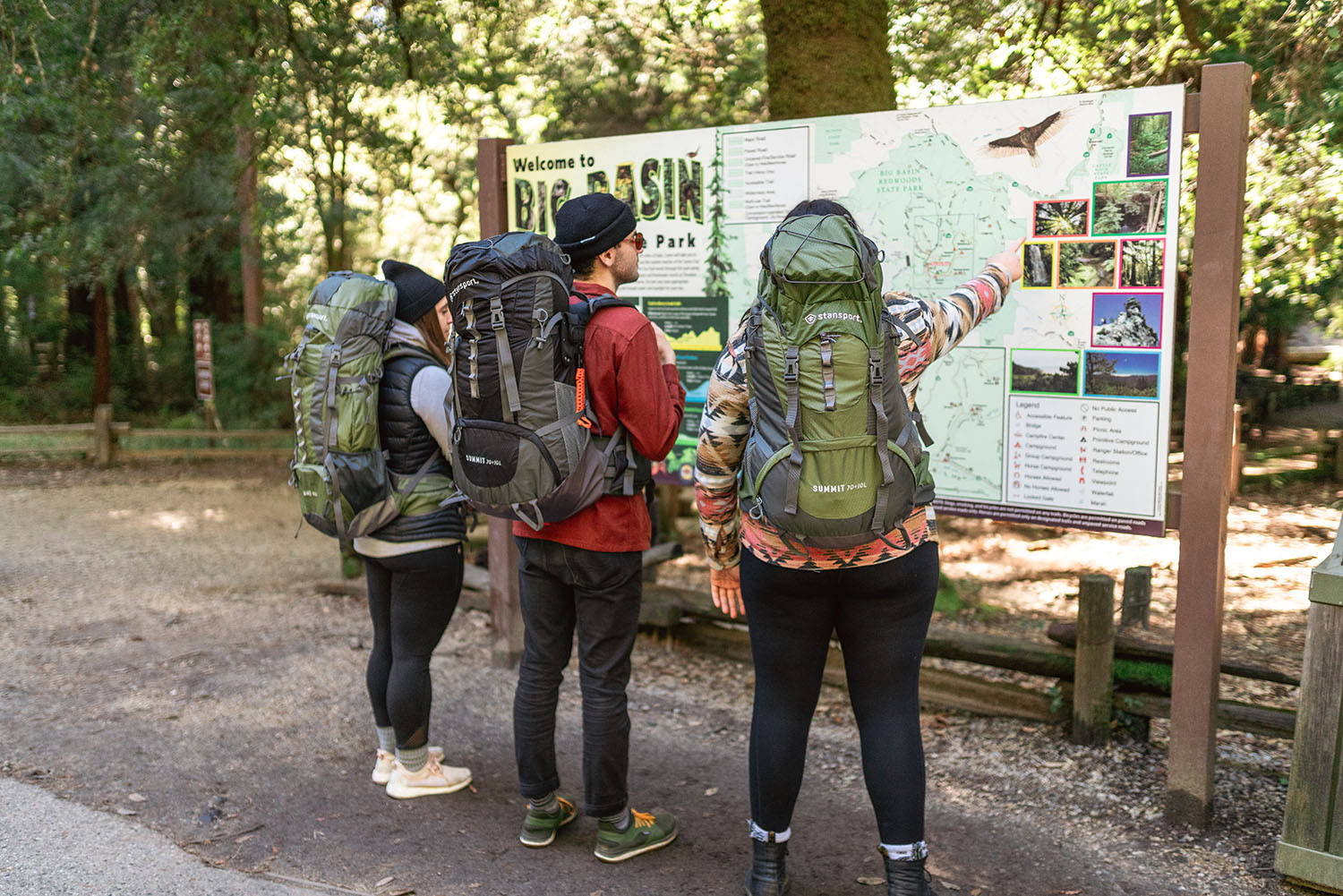 Do you have kids? Week Four says don’t leave them out of the loop. When disaster strikes, the last thing you want is to have to worry about them even more. Prepare them for what could happen and involve them in their own safety so they aren’t caught off guard when the time comes. Figure out a plan in case you are separated from each other. Memorize phone numbers and emergency contacts. Head to ready.gov/kids for interactive ways to teach your children and prepare them for a disaster. 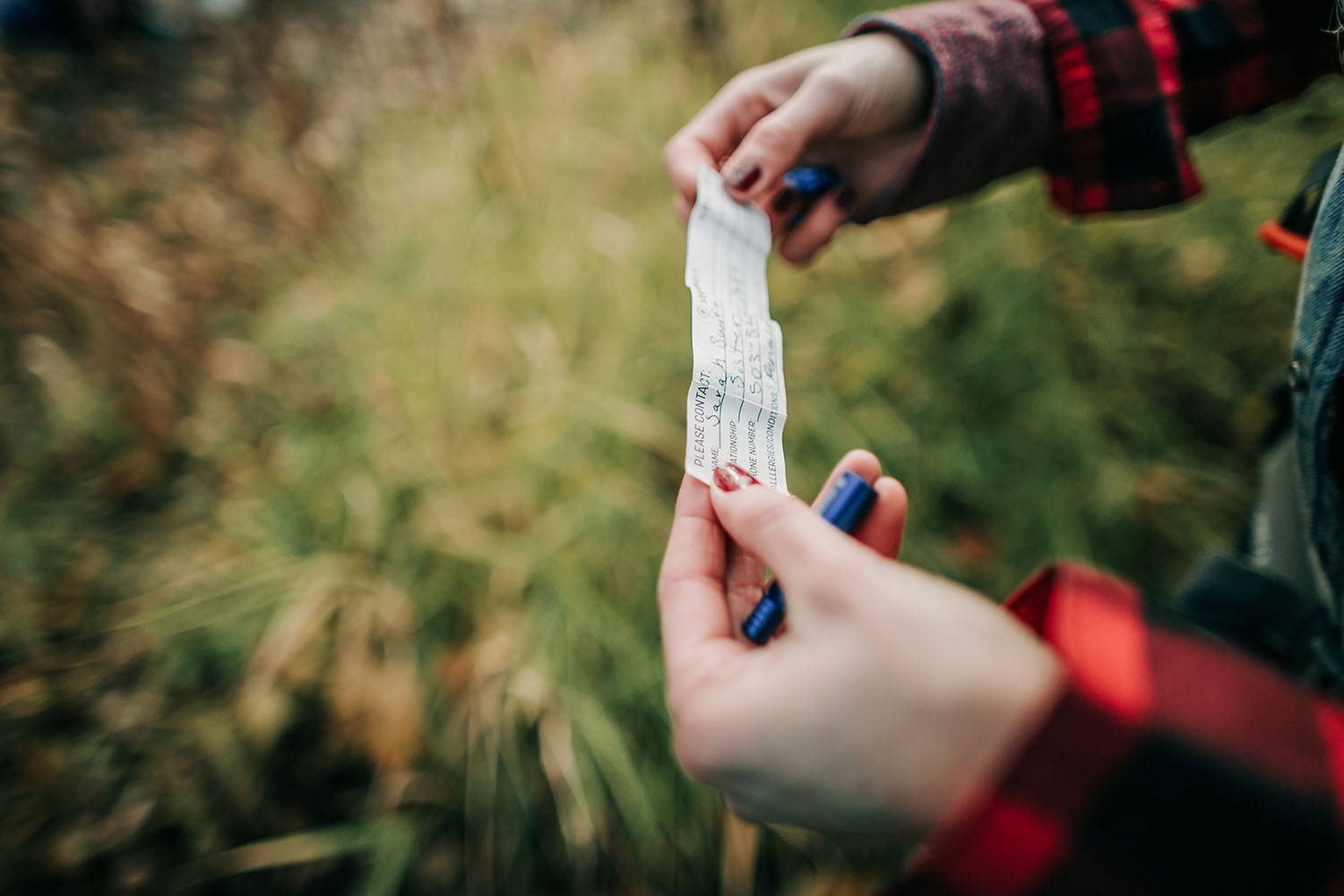 Nobody ever thinks that a disaster could happen to them. But if it does, it’s better to be prepared and ready. Reduce the stress of things out of your control by readying yourself with what is in your control.
×